By Carol (Keru) Wang and Peiling Jiang.
Special Thanks to Brandon (Boyang) Yu.

Anglerfish, which is famous for it's natural lure that could draw its next meal nearer, also has a astonishingly weird mating process. The male anglerfish is significantly smaller than the females ones.

When a young, free-swimming male angler encounters a female, he latches onto her with his sharp teeth. Over time, the male physically fuses with the female, connecting to her skin and bloodstream and losing his eyes and all his internal organs except the testes. A female will carry six or more males on her body. (Wikipedia)

With Fusion, we want to discuss about the preprogrammed destiny of biological gender and identity.

The project is made with workflow of Maya, ZBrush, Houdini, and Adobe Premiere. We used a male model downloaded from TurboSquid and a female model made by our friend Brandon Yu to start with. To fit our art concept, we used ZBrush to degender the model, removing stereotyped gender identifying body features including breasts. The original male model was modified for the gender 1 and the female avatar was re-sculptured to become the gender 2.

Since the designated motions of our avatars are subtle, including finger movements and facial expressions, we re-rigged the models with Advanced Skeleton (a plug-in of Maya). Since we had little experience in rigging models and the time was limited, the rigging is actually quite problematic: the skin weight of the gender 1 is sort of messed up (you can see there is a “stab” on the gender 1’s head back, which is resulted from this issue) and its chest is distorted; the intended moving of some body parts might distort the other part of the body. Moreover, we tried to use iPhone FaceCap app to make the facial expression but failed due to the movement of the head caused by that would somehow influence the movement of other body parts.

Then we animated our avatars, gave them textures, set up the lighting, and shot the video all inside Maya. Houdini was used to create the special effects of merging two avatars. 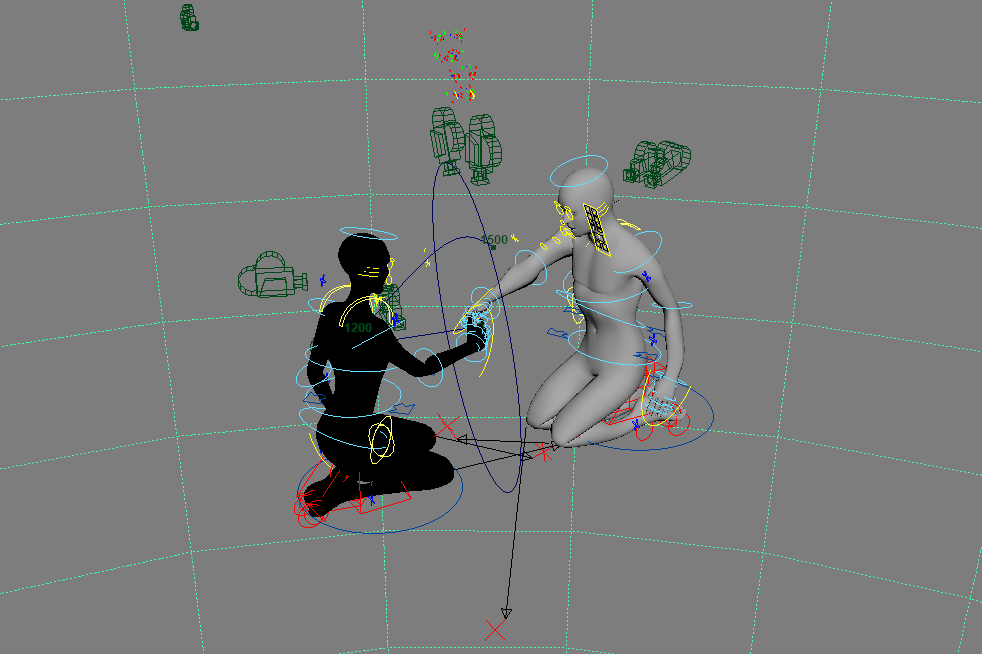 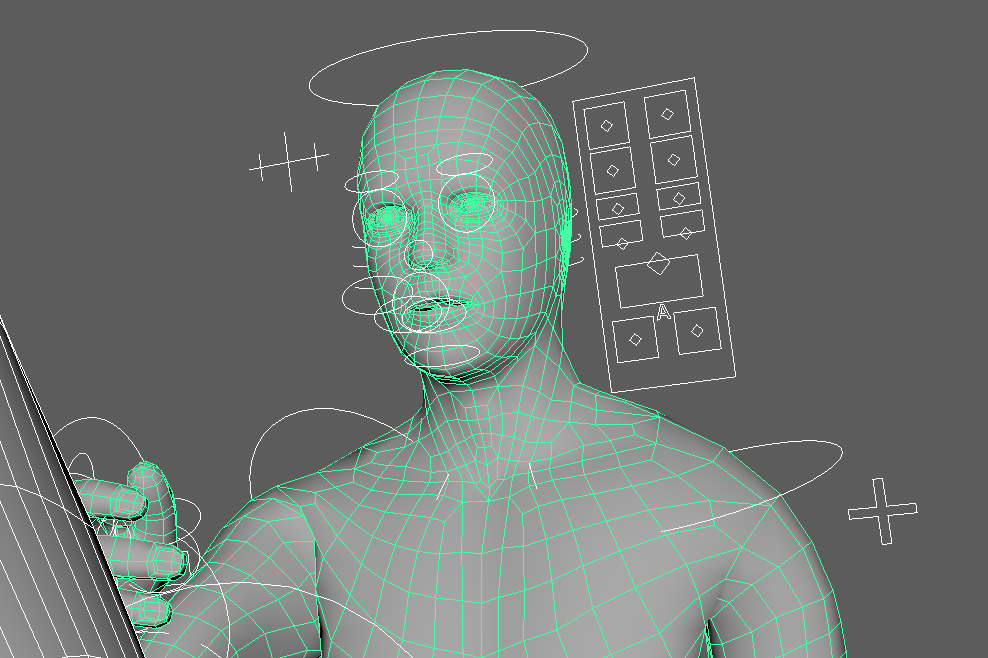 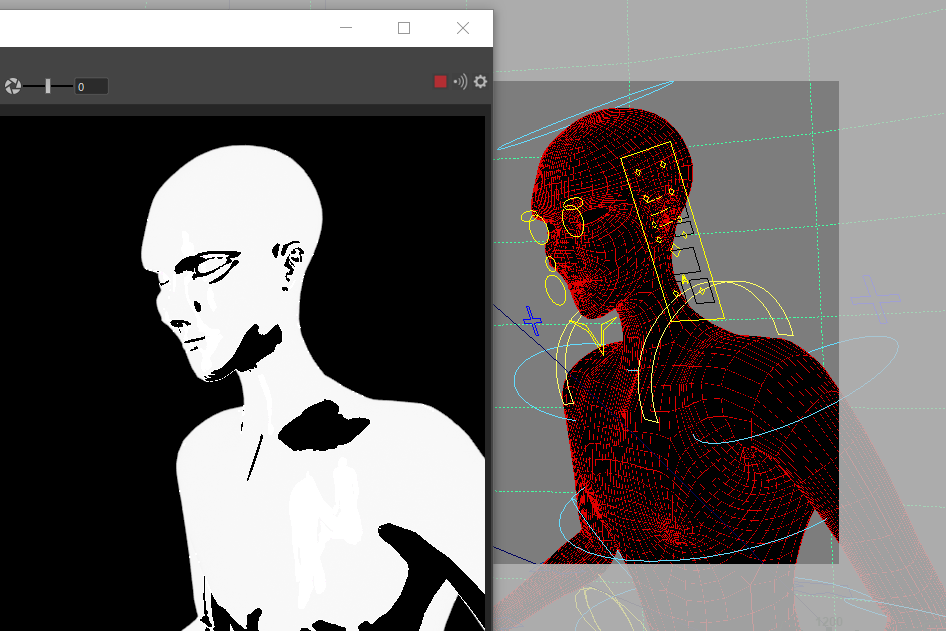 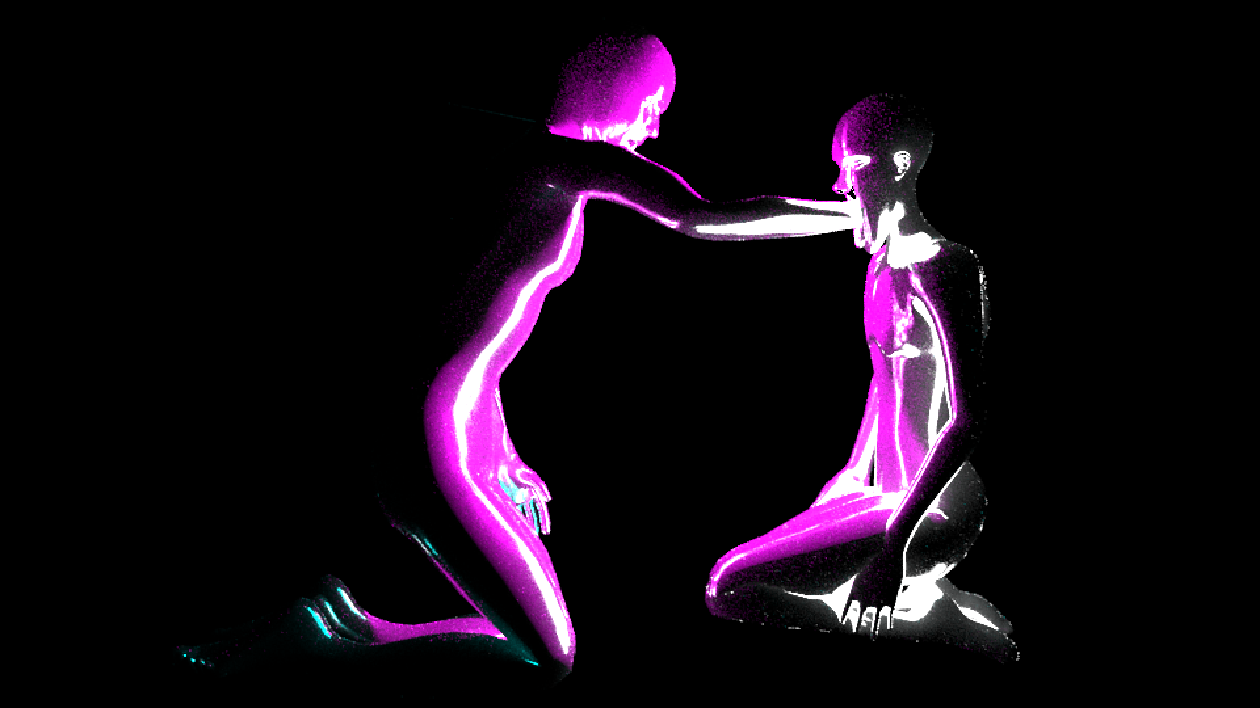