This week I scanned my whole body with itSeez3D app and Occipital’s Structure Sensor for capturing color and structure information. The app did a decent job for well capturing overall information including my height (a little taller) and body shape; and details from the words on my t-shirt to acne on my face. 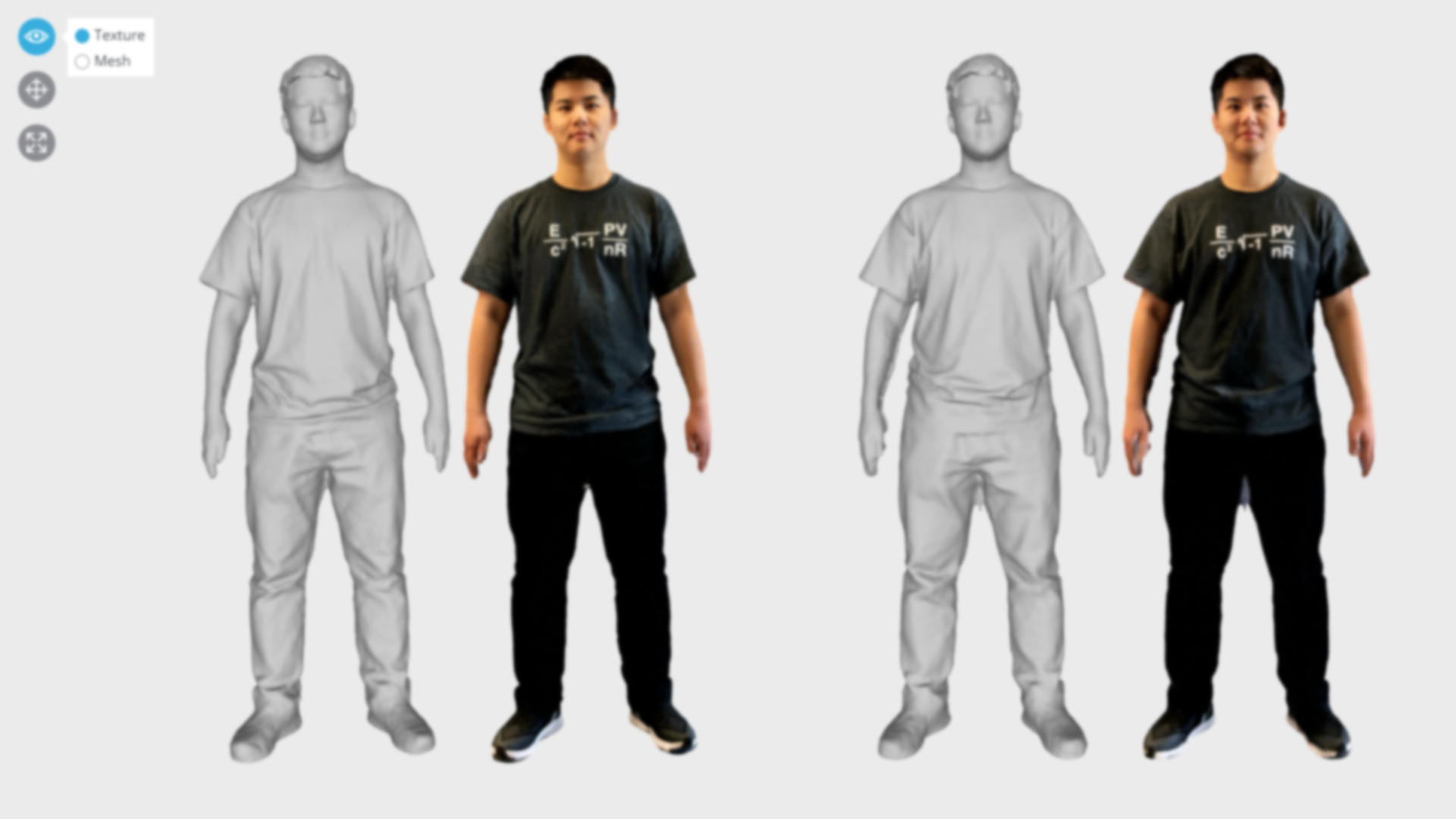 My partner held the iPad and scanned me for 3 times while the first trail was a total failure and we didn't keep it. The second scan (left two models above) went fine with some flaws occurred: for example, the texture of the top of the head didn't match the mesh well. I'll elaborate it below. For the third scan I tried to smile while the final facial expression turned out weird.

The model looks not bad especially when people know it's created by a tiny accessible scanner attached to an iPad. The color is accurate, the ratio and dimension preserved correctly, and the texture and shape were captured well.

Although during the scan you could feel that you did scan both outer and “internal” surfaces - that are not facing the outside, through the gaps. For example, inner thigh and inner arm. However, these parts were still not captured well and in the picture above both texture and mesh of inner arm are broken.

Edge means both the edge parts of the body - head, hands, feet, etc., and the edges of the mesh. And the software is not good at meshing both. For head, although we've put the iPad as high as possible, the texture still looks twisted and squeezed. What's more, it will fill all the holes by capping them with a flat surface, including the gap between my t-shirt sleeves and my arm, and the bottom of the shoes.

The detailed structures are also not very well preserved. My ears, figures and hair are either simplified with a lot of details lost, or merged together.

The Structure Sensor scan works well with color, meshing and texture details since it's also helped by the iPad camera; however, is not very good at internal surfaces (faces that are noting facing outside), edges, and structure details (figures, hair, etc.) The app will re-mesh the scanned model and tends to close every opening to create a closed body.

Some media on this page is blurred due to privacy concerns.
Models scanned by Keru Wang.